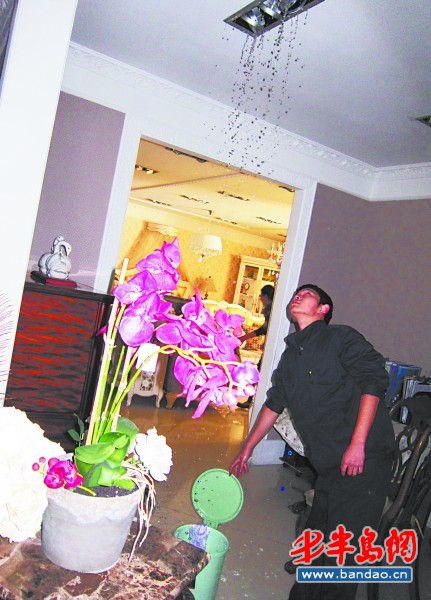 When the reporter arrived, the water was still leaking.

As the temperature dropped, a new round of heating pipe pressure test work was carried out. At noon on October 22, just one hour after the test pressure, the outlet room for selling furniture on No. 41 in Zhangzhou all the way became a â€œshower roomâ€. The upstairs squats down the water, and the furniture worth several million yuan is all bubbled. Because the water invaded the circuit, the store was out of power, and it could not be opened in recent days, causing heavy losses. In this regard, the upstairs residents believe that the pipeline is broken is the responsibility of the heating company, the open source heating company said that according to the regulations, the leakage of the indoors caused the loss of the downstairs should be borne by the upstairs residents, upstairs and downstairs and heating companies all expressed their own Very wronged, no one is willing to bear the loss.

"I opened a branch room at No. 41 in Zhangzhou, and made a furniture exhibition hall. Now my outlets are all in a bathhouse, and the furniture is completely flooded." At 11 o'clock on the 22nd, Mr. Chen called the hotline of the newspaper.

Then the reporter rushed to the scene and saw that the electric gate in the outlet had been pulled down. The inside of the house was dark. When he entered the door, he could still hear the sound of the flowing water. Looking at the sound of the water, a wall inside the house was sprayed like a shower head. Water, and the water on the ground has flooded the ankles. Seven or eight employees in the store simply took off their shoes and moved the more expensive furniture out. The reporter touched the water flowing out and found that the water was warm, but there was a smell of hot pork skin. Ms. Liu told the reporter that this was the water pipe burst when the floor heating test was under pressure, and it was downstairs.

After about an hour, the water was finally stopped, but there were drops of water dripping. The employees poured water into the house with buckets and washbasins. "We poured 50 barrels of water out of the house. We haven't finished it yet. You think about how much water it has leaked!" said Mr. Chen.

Just half a year after renovation, it was flooded.

As soon as the â€œanti-floodâ€ was over, the employees began to liquidate the losses. The reporter saw that almost all the furniture in the 300 square meters exhibition hall was soaked in water. Some very expensive carpets have been polluted by water. The fabric sofas and cushions are also wet. The wooden arches have been cracked next to some solid wood. The feet of the bed and bedside table are also soft and smudged by the water. The LCD TV hanging on the wall is also full of water, and the laptop next to it cannot be opened because of the water. â€œThe furniture of solid wood is most afraid of soaking water. The wood is easy to swell when it encounters water, which causes the paint on the exterior to crack. The water in these heating pipes adds something to prevent users from stealing it. It has a special taste and is sprinkled on the fabric sofa. This allows us to sell it!" The staff inside the store said with a heartache.

â€œOur store is an image shop that was refurbished at the end of April this year. The furniture is high-end. Now millions of dollars of furniture and circuits have been soaked. I am afraid that I will not be able to open the business in the last week.â€ Chen said that the companyâ€™s work stoppage The loss combined with the losses caused by the low discount sales of these furniture adds up to several hundred thousand yuan.

Both parties claim no responsibility

"This time it was the furniture store's upper floor toilet tube and wall connection was broken, which led to water leakage. According to the relevant regulations, the pipeline in the residents' home was broken and the water was leaked. The loss was borne by the residents themselves." Lin Shifu, who is in charge of repairing the pipeline, said Before the pressure test, the company has posted a pressure test notice in each unit to ask for a home.

"How can I see the pipes in my toilet wall broken? My family is also flooded. I am also a victim. How can I make compensation?" Mr. Zhang, the upstairs resident, said that he had broken his own heating pipe a year ago. At that time, the repairing heating company gave a new one. I didnâ€™t expect it to be more than a year. When I tried it, I found that the pipe spouted water and drowned my living room, only to know that the pipe was broken. At that time, there were old people in the family, but the old man did not understand what to do.

Upstairs residents can apply for identification

In this regard, the reporter consulted Wang Wei, a lawyer at Shandong Yangqing Law Firm. He said that although it was not intentional, the residents upstairs should make certain compensation for this. As for the upstairs residents questioning the quality problems of the new heating pipes, they can find relevant departments to do the appraisal. If the appraisal results are true, the responsibility of the heating company and the house developer can be investigated. Mr. Wang said that the compensation project includes the loss of furniture discount and the lost work fee.

In addition, Mr. Wang said that if the location of the pipeline rupture is not within the upper-family household's home, but in the public area of â€‹â€‹the corridor, the residents will not be liable for compensation according to the relevant regulations. The property company and the heating company will be responsible for the compensation.

we employ the most creative designers and tech brilliant engineers to make the best cases. We believe our high-quality products with competitive prices will satisfy your needs. 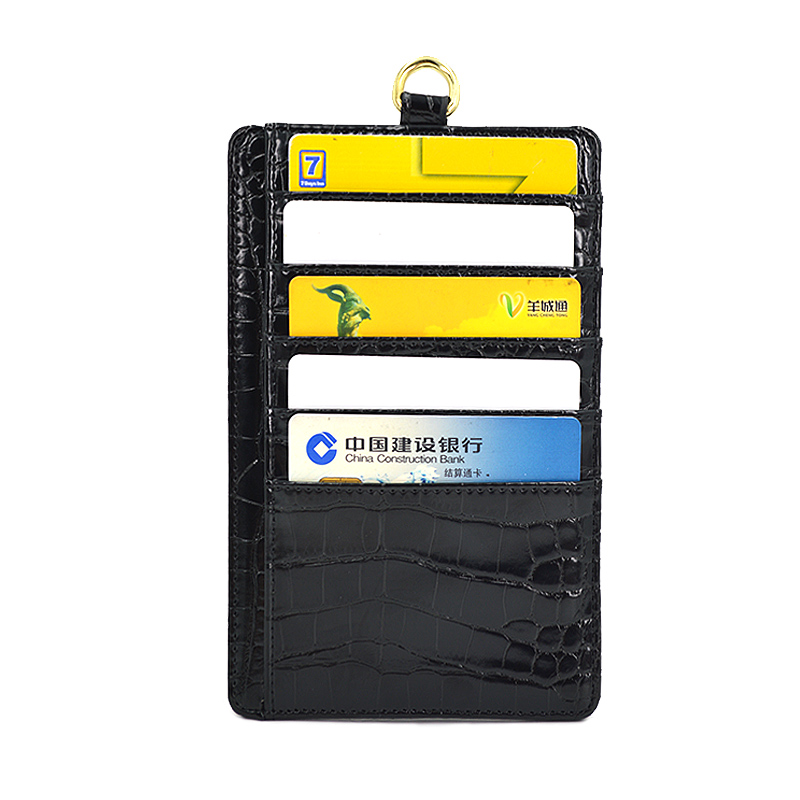